From fast food chains to upscale grocers to warehouse clubs, meatless meat alternatives continue to colonize restaurant menus and refrigerator cases. Beefless burgers such as the Beyond and Impossible burgers were the first products to really break through from the alternative food space into the mainstream. But 2022 seems to be shaping up as the year of poultry-less chicken. Most of the plant-based brands have now rolled out some form of chicken nugget. Let’s see how they stack up—nutritionally and otherwise—against one another and real chicken.

Is the Vegan Impossible Burger Healthy for You?

Is The Beyond Burger Healthy for You?

What is plant-based chicken made from?

As with other meatless meats, most plant-based chicken products are based on either wheat or soy protein, doctored up with vegetable oil, salt, and various spices and other additives, including vitamins and minerals.  Some brands are now using protein from other legumes (such as peas or fava beans) in place of soy.


Those who avoid either soy or gluten will need to read labels carefully.

Most of the meat-based chicken products available today are in the form of breaded chicken nuggets and, to be fair, a lot of the ingredients in these rather long lists actually seem to belong to the breading and not the “chicken” itself.

The only brand I found (Daring) that offers a plain, unbreaded, plant-based chicken has a pretty short list of ingredients, all of which I actually have in my kitchen right now. However, these are not products that any of us would be able to produce using equipment available in our home kitchens. Which leads us to the burning question:

Is plant-based chicken an ultra-processed food?

In the widely-cited NOVA classification system (which I discussed in greater detail in this episode), all plant-based meat alternatives (and for that matter, most plant-based dairy alternatives) would be classified as a Category 4 (or, ultra-processed) food. This is a class of foods that we are advised to minimize in our diets.

Nutrition researcher Mark Messina argues that, despite their classification as ultra-processed foods, many soy-based meat and dairy alternatives actually compare quite well nutritionally with their animal-based counterparts.

“The NOVA food classification system over-simplifies the complexity of food. It fails to distinguish between a nutrient-dense, protein-rich, plant-based chicken nugget and a cupcake. Both are classified as ultra-processed foods.”

While I definitely think it’s a good idea to build your diet on a foundation of minimally processed foods, we need to keep in mind that processing serves many purposes. In some cases, ingredients are being processed in order to create hyper-palatable, low-nutrition, high-profit margin foods with an infinite shelf life. In other cases, the function of the processing is to enhance safety, nutrient availability, nutritional content, etc. All processed foods are not equally harmful and some may even be beneficial.

Depends on who you ask! Producers of plant-based meat like to cite their lower carbon footprint as an advantage over their meat-based counterparts. But many meat producers are calling “fowl” [pun intended], claiming that these comparisons are often inaccurate, incomplete, or misleading.

Obviously, a highly-processed product like plant-based chicken is going to have a significantly higher environmental cost than more minimally-processed plant foods. While I suspect plant-based products have a somewhat lower footprint than animal products, the difference is probably not as big as many think.

Are Plant-Based Meats Really Better for You (or the Planet)?

Proponents of regenerative agriculture argue that a farm that supports and is supported by humanely-raised animals, as well as a variety of crops and uncultivated spaces, is far better for the earth and its inhabitants than the vast monocropped fields of soy or wheat that support plant-based meat.

Diana Rogers, co-author of the book Sacred Cow and producer of a film of the same title, sees (better) animal agriculture as part of the solution to our environmental woes.

“Regenerative farms (which require animals for natural fertility) increase biodiversity both above and below ground, increase soil health, and can sequester carbon.”

How does plant-based chicken compare nutritionally?

Real chicken has a bit more protein (and a somewhat higher protein quality) and is carbohydrate-free (at least until you add breading). Plant-based chicken, on the other hand, provides some fiber, which you’re not going to get from chicken. The plant-based products are also quite a bit higher in sodium—although the gap narrows significantly when you’re comparing breaded chicken nuggets to breaded plant-based nuggets.

Among the four brands I looked at (Daring, Beyond, Impossible, and Meatless Farm), the breaded nuggets from Beyond Meat were highest in protein, matching the total protein in actual chicken nuggets. There was a fairly big range in fat and, therefore, calories. The Impossible brand was the closest match to the fat and calories in real chicken nuggets. The Meatless Farm chicken nuggets were the highest in fat and higher in calories than real chicken nuggets. Daring products were the lowest in fat and ended up being a bit lower in calories than real chicken. However, the cooking instructions are to cook it in a substantial amount of oil, while the others are prepared without added oil in the oven or air-fryer. So the difference in the products as served is probably far less than it would appear from the label.

How do they taste?

Taste is obviously a very subjective thing, but in the interests of responsible journalism (and an afternoon snack), I did taste all of them for you. Here are my impressions:

Chicken (especially the white meat) is relatively bland, so there’s not a lot of flavor to mimic. The legume-based products had a slight—but not unpleasant—beany flavor.  But whether plant- or animal-based, you’re mostly tasting whatever the chicken is seasoned with.  And none of these products (including the actual chicken nuggets) are low in sodium.

The trickiest thing about imitating meat may be getting the texture right. All in all, these products do a decent job at mimicking the texture of cooked chicken. In my opinion, the products made with wheat protein were slightly more successful, because the gluten protein lends a denser, chewier texture (and no beany aftertaste).

Although I don’t generally eat breaded chicken nuggets, I found all of the plant-based versions to be a reasonable facsimile of the taste and texture of actual chicken nuggets. Again, so much of the flavor and texture is actually coming from the breading and seasoning (and the dipping sauce, if you’re using one!). If chicken nuggets are your (or your kids’) jam, and you’re looking for a meat-free option, I think these work just fine. Although be forewarned, you’ll probably pay more for meat-free chicken nuggets.

With nowhere to hide, the plain, unbreaded chicken pieces from Daring may have been the least convincing fake. But they are probably the most versatile in terms of plugging them into recipes calling for cooked chicken. Be careful not to overcook them or you can end up with a crunchy surface (and not in a good way). And because they are already well-salted, you may want to adjust your seasoning when incorporating them into a recipe built for real chicken.

Click here for a side-by-side comparison of ingredients and nutrition facts.

How To Build a Balanced Plate

Learn the basic formula you need to build a balanced plate with ease in a sustainable, consistent way to optimize your health and wellness. We start hearing at a very young age that a balanced diet is key for maintaining a healthy lifestyle. We even hear this...

END_OF_DOCUMENT_TOKEN_TO_BE_REPLACED

Healthy & Easy Dinner in the Car Ideas for Busy Nights

When your evenings are full of activities and the kitchen table is your backseat, here are some simple and healthy dinner in the car ideas.  Gone are the lazy days of summer. Suddenly it’s time to shuttle kids to soccer games, play rehearsals, dance lessons,... 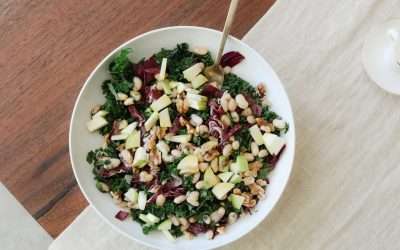 How To Build a Balanced Plate

Learn the basic formula you need to build a balanced plate with ease in a sustainable, consistent way to optimize your health and wellness. We start hearing at a very young age that a balanced diet is key for maintaining a healthy lifestyle. We even hear this... 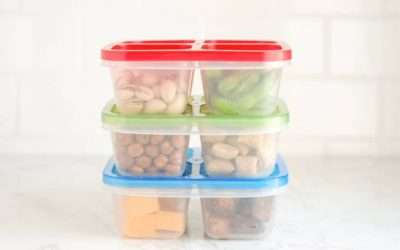 Healthy & Easy Dinner in the Car Ideas for Busy Nights

When your evenings are full of activities and the kitchen table is your backseat, here are some simple and healthy dinner in the car ideas.  Gone are the lazy days of summer. Suddenly it’s time to shuttle kids to soccer games, play rehearsals, dance lessons,... 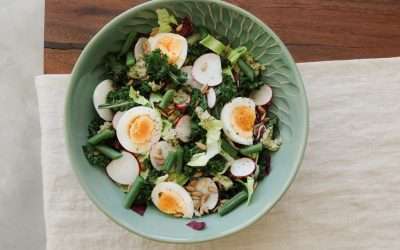 Learn to recognize the signs and symptoms your body uses to communicate to you that you aren’t eating enough.  Stress, busy schedules, illnesses, grief, and the hustle and bustle of everyday life can take a toll on us. More specifically, our appetites and the...