Can Zynamite Help You Build Muscle?

“I follow several people on social media for inspiration…and one of them is Superman himself, Henry Cavill.”

(For the uninitiated, Cavill plays the role of Clark Kent and his alter-ego Superman in the movie Man of Steel. He is, as the kids say, ripped.)

“Recently, he discussed his supplement regimen. One of them (Shatter) has an ingredient that I never heard of before: Zynamite. What is it? I’m not a body-builder like he is, but do I need it? And can I get Zynamite in my regular food?”


I’d never heard of “zynamite” either, but here’s what I found out.

Zynamite is the trade name for a mango extract. But this isn’t just any old mango juice; it’s extracted from the leaves of the plant, through a proprietary patented process that promises a certain concentration of a polyphenol called mangiferin.

So, no, this really isn’t something you could get from your diet, unless you’re planning to chew a LOT of mango leaves. It’s marketed to supplement manufacturers as an ingredient to add to formulations that are designed to enhance brain function and sports performance.

According to the manufacturer, zynamite is an “all-natural evidence-based nootropic and sports performance ingredient,” supported by seven clinical studies that have been published in peer-reviewed journals.

Here are just a few of its puported benefits:

That’s quite a pedigree!  So, let’s take a look at all of this evidence.

What is the evidence to support Zynamite?

One of the published clinical studies is a toxicology study. (Good news: It’s not toxic!) Another is a very preliminary study in rats. Let’s bracket that one.

That leaves five human studies, but only one of them tested the effects of zynamite on its own, so let’s start with that one.  A single large dose of zynamite led to small but statistically significant improvements in the scores on cognitive tasks like attention and recall. For example, those taking the placebo scored 62.5% accuracy on one of the standard tests and those taking zynamite scored just under 64%.  So you’re probably not going to ace your LSATs on the strength of this ingredient alone. Some studying will still be requied.

The other studies all tested the effects of zynamite on various aspects of athletic performance but, again, all of these looked at zynamite in combination with other ingredients, such as quercetin or luteolin. The longest study lasted 15 days, but the majority were single dose studies looking at acute effects (more on that in a moment). All of the studies were relatively small and the subjects were young, physically active men and women.

They observed that zynamite, in combination with other polyphenols, allowed athletes who had exercised to the point of exhaustion to eke out just a little bit more effort. It also seemed to reduce muscle soreness and enhance recovery.  The differences between the test groups and control groups were small and often did not reach the level of statistical significance.

Will Zynamite improve your physique?

If you were looking for that tiny edge that might push you over the finish line a tenth of a second ahead of your competitor, zynamite could possibly be part of that edge. Or maybe it was the luteolin or the quercetin. Hard to say.  If you were hoping to get the same effects that were documented in these studies, you’d probably want to take the same combination—and in similar doses. (The product that Georgia asked about, for example, contains only a third to a tenth as much as was used in the studies.)

These preliminary studies also don’t tell us whether these modest performance-enhancing effects would continue with sustained use. Caffeine, for example, is another well-documented performance enhancing drug. However, it becomes less effective with onging use as our bodies acclimate to its effects. If you want to get the maximum boost from caffeine, you have to stop using it for a period of time before your big race day.

Zynamite is not a stimulant like caffeine and presumably works through different mechanisms. The effects are likely due to the antioxidant and anti-inflammatory properties that are seen, to various degress, with most polyphenols. But I’d still be curious to know whether the small effects seen in these studies would be sustained with ongoing use.  If you were using this to give you an edge in competition, you’d probably want to know that.

But of course, Georgia wasn’t asking about using zynamite in competition. She just wondered whether it might allow her to get a bit more pay-off from her normal weight lifting routine.

In someone who is training their body as a full-time job, performance nutrition might add an incremental advantage. It might be hard to detect the effects in a more casual exerciser. But there’s always that old placebo effect. Would taking this supplement help you dig a bit deeper or push yourself a bit harder when you work out simply because you believe you’ve got a little something extra on board? Maybe. Would that translate into noticable improvements in your results? Possibly.

Now, I don’t know about you, Georgia, but I don’t think I’d want to experience the “shirt-splitting pumps” promised by the advertising. Fortunately for my shirts, I’m pretty sure that Henry Cavill’s superman physique owes more to genetics and training than to this ingredient or any of the other supplements that he promotes. But if you do decide to give it a try, be sure and let us know what happens. (And be sure not to wear your favorite workout shirt that day!)

Need a gift for someone you love? These are all favorite things of mine that make perfect presents. The perfect gift is thoughtful, useful, and frequently maddeningly difficult to figure out. I need all the help I can get in finding those elusive gifts. If you...

END_OF_DOCUMENT_TOKEN_TO_BE_REPLACED

How To Gain Self-Control Around Food

Do you often lose control when you’re around food? Keep reading to learn how you can gain self-control around food today.  Maybe it’s a specific type of chips, or a brand of crackers, where no matter how much you tell yourself no, you feel like you completely... 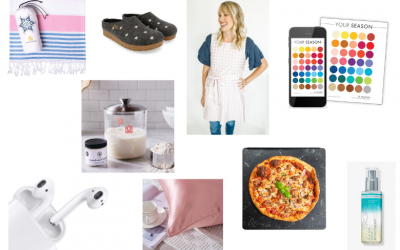 Need a gift for someone you love? These are all favorite things of mine that make perfect presents. The perfect gift is thoughtful, useful, and frequently maddeningly difficult to figure out. I need all the help I can get in finding those elusive gifts. If you... 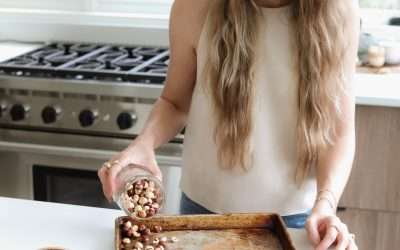 How To Gain Self-Control Around Food

Do you often lose control when you’re around food? Keep reading to learn how you can gain self-control around food today.  Maybe it’s a specific type of chips, or a brand of crackers, where no matter how much you tell yourself no, you feel like you completely... 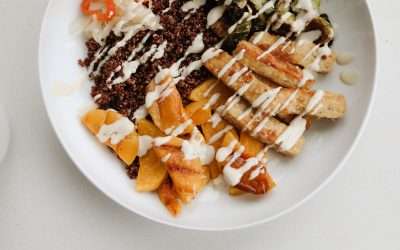 5 Balanced Bowls to Add to Your Next Meal Prep

Looking for a little meal prep inspiration? Need something easy to take with you to work? These 5 balanced bowls are exactly what you need! Meal prepping can get really old really fast, especially when you’re sick of your usual go-to recipes. That’s where these...